All season long I’ve visualized a series of action images of a small child having fun, skiing down the mountain under the watchful eye of a parent. It took me two attempts to get something I’m satisfied with. I think success is directly connected to action and planning. The more you learn about your location, your subject, and your camera gear the more successful your images will be. 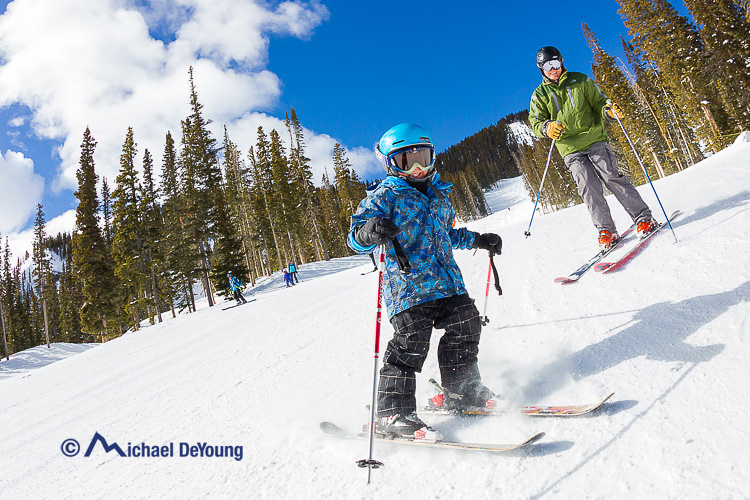 70% planning. Scouting the slopes and figuring out which runs were best in morning light for shooting uphill with the least amount of clutter was my first concern. Fortunately, I ski at Taos frequently enough to have learned most of the runs and lighting correlations. Casting the right family where everyone skis, has all the gear, looks good and coordinating their schedule with yours and optimal weather (kids get cold easily) took two months.

20% camera mechanics. Knowing your camera equipment intimately makes all the difference in the world when working with small children with a limited attention span. Fumble too much with your gear and you miss candid opportunities and run out of time. You have an hour or two at the most before they lose interest. Out of the gate I knew my lens, my focus point and exposure settings. On earlier shoots I tried positioning my talent uphill and having them ski a line toward me to get candid action shots. That works OK with older kids and adults who are precision skiers. Doesn’t work well with smaller kids.

To get the most spontaneous shot possible I had to get a rhythm going with the skiers and ski with them while shooting. So at the end of a 4’ boom with a Really Right Stuff BH30 head was my Mark IV and Sigma 15mm fisheye triggered remotely with my top hand. The camera ensemble is upside down and inches from the snow as we are all flying down the slope. It is situations like this I’m thankful for rugged pro gear. It took several trial and error shoots with this technique to estimate the framing more accurately. 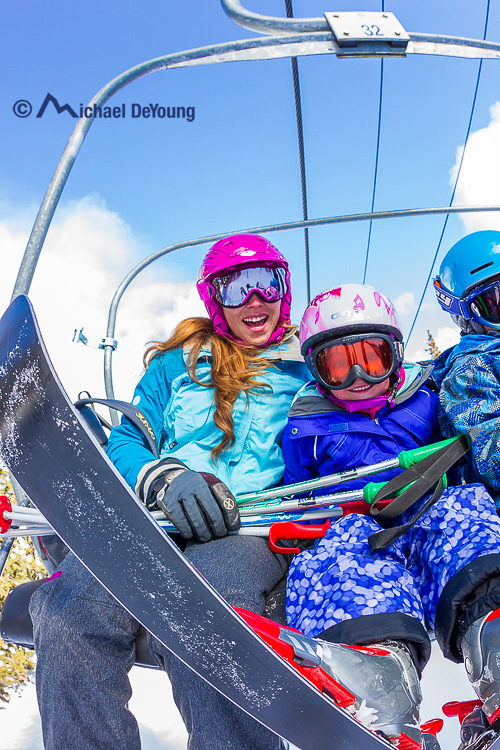 The 10% spontaneous creativity came from the game of chasing “Mr. Fish” down the mountain. Earlier on the chairlift I told Sofia I was using a “fisheye” lens and to say hello to it. So I asked her to look at and say hello to “Mr. Fish” while skiing. I think that helped her take her mind off the 200lb guy skiing 6 feet in front of her. Shot about 500 frames of this scenario with mother-daughter and father-son combinations. Got about a dozen frames that really worked. A good take. 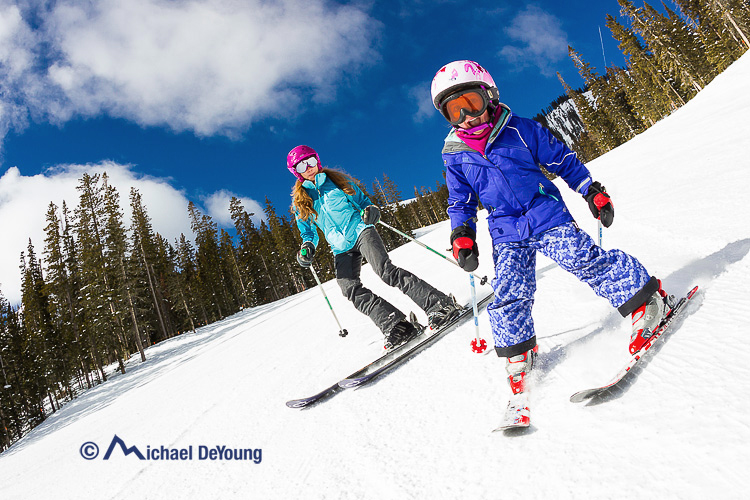