Sometimes The Fun Shots Turn Out The Best 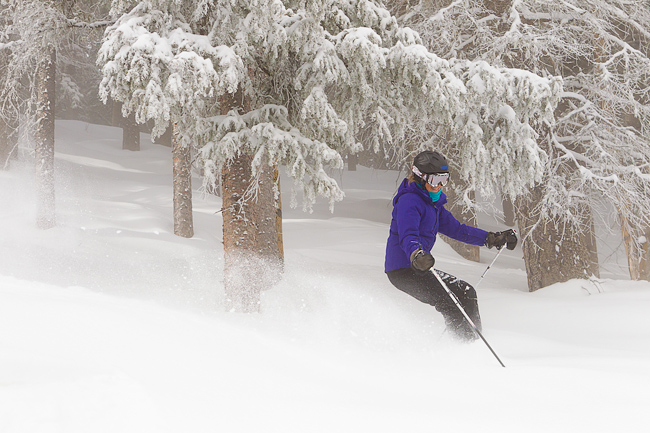 With almost a foot of new snow, no wind or crowds on a Sunday morning at Taos Ski Valley it was real hard to resist pounding powder action for as long as it lasts.  I had a trio of age 60+ ladies who were all good skiers.  Although they would not be doing any extreme stuff, I knew I would get good ski action shots from them.  What was better though was the energy and enthusiasm between these three long time friends.  This dynamic, along with flattering light, was a perfect recipe for some “fun” lifestyle shots. I know this is not as exciting as skiers crashing through trees and powder or jumping off something that could put you in a body cast for three months.  These are stunt shots and for me less challenging than getting really fun non-ski action lifestyle shots.  I did get in a few rounds of powder pounding but I’m jazzed with the “fun” shot results. 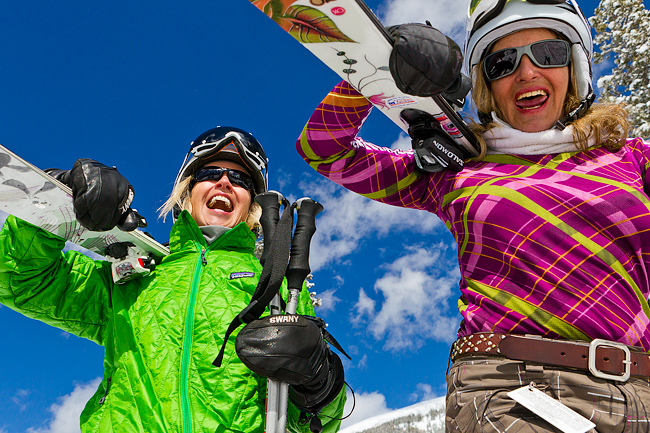 Initially, they thought I’d be bummed out with fog on the lower slopes.  Little did they know I could hardly contain my excitement.  I LOVE FOG!   It is great at a ski resort when you can ride the lift above the fog then ski to the edge and shoot.  It simplifies the background and is very flattering for facial detail as you can see from the chairlift shot.  Literally 30 seconds after this shot we broke out into the harsh sun.  Shot over. 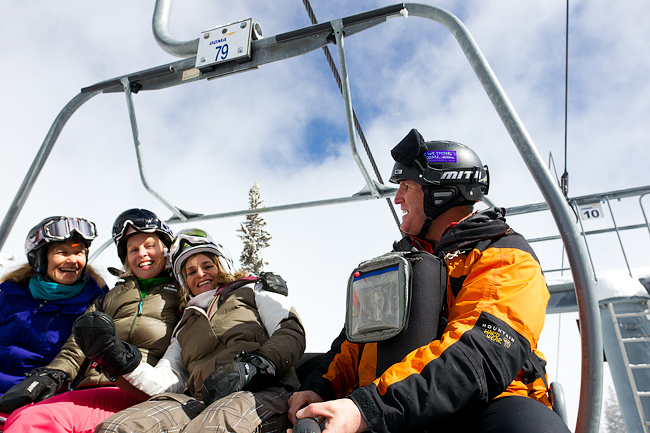 Photographer Michael DeYoung photographing talent on chair 4 (Kachina Lift)at Taos Ski Valley with camera mounted on a monopod and fired with a remote release. Carol, the skier in brown coat is triggering the shots with a Microsync Digital. The framing is just guess work. The resultant shot above was done while still in the fog. Notice how the lighting above the fog in the harsh sun is not as flattering on the women’s faces. As for me, I’m a lost cause..