This week is a short one. The routine is familiar. We frantically pack for another 10-day adventure 500 miles from home while tying up loose business ends prior to our departure. It is stressful but I’m excited about our upcoming Zion shoot. It is early May and we are thinking spring. Can’t wait to see the explosion of vibrant spring greens and hopefully blooming cacti against the warm colored Colorado Plateau sandstone.

The Gulf of Alaska sent the Southern Rockies a different plan as the last day of April rolled into May first. Snow. And near record cold. Drove home Sunday from Westcliffe, Colorado. Snowed most of the way. Snowed all afternoon at home with sub-freezing temperatures, yes in May! Monday morning looked and felt more like January. Four inches of new snow cloaked the landscape with our mercury at 18 degrees at sunrise. Beautiful, but not spring like.

Never seen so many songbirds at the feeders during the heavy snow Sunday and Monday morning. The seed eaters had plenty of grub but I was concerned about our resident nesting bluebirds. Insect life was all but shut down the previous afternoon so they probably had very little to eat. They sat on a feeder perch for over an hour Monday morning making me wonder if they were just warming themselves in the sun.

In the past, we’ve offered them mealworms, soaked raisins and insect suet on snowy spring days but they never ate it so I guess they were fine weathering out the storm with little or nothing to eat. But that was March and April, not May with 5 new eggs in their nest.

So we took a break from our business tasks and packing to shoot stills and motion. Shot the bluebirds on the perch and shot Lauri behind the camera and lens that was used to photograph Mr. and Mrs. Bluebird on said perch. 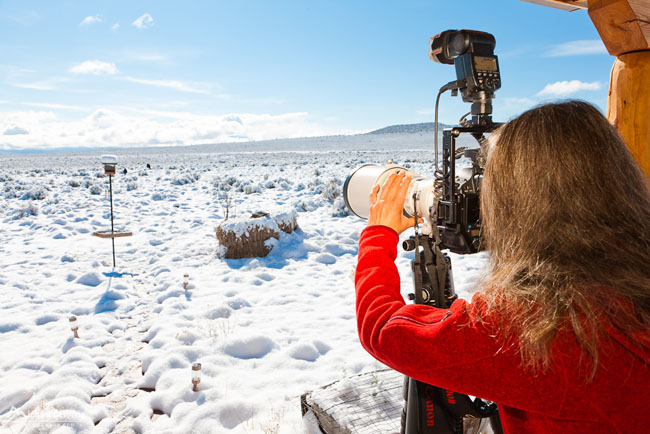 Lauri photographing mountain bluebirds on a perch at our feeding station. 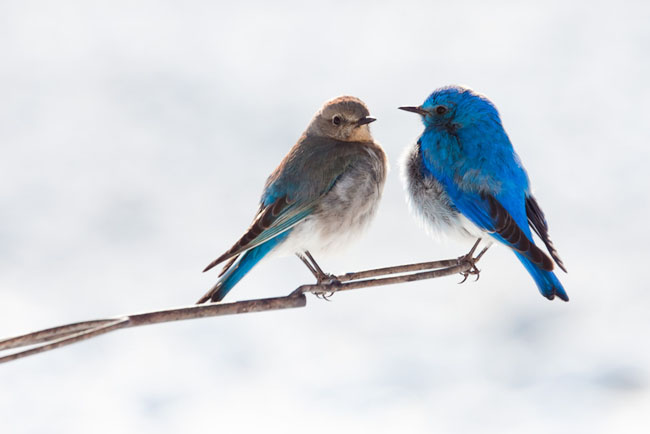 Our resident and nesting pair of mountain bluebirds

Normally, we sweep new snow from our solar panels at first light to maximize power on winter days. The days are long now, the sun is up before we are and we could afford to wait a bit to see if a photo idea I had would pan out. The wetter spring snow and a little more morning heat could create a thin layer of melt water on the panels. That could make some cool reflections of Lauri as she swept the snow off. Also with a backlit and sidelit scene the huge angled array with fresh snow made one heck of a fill light. 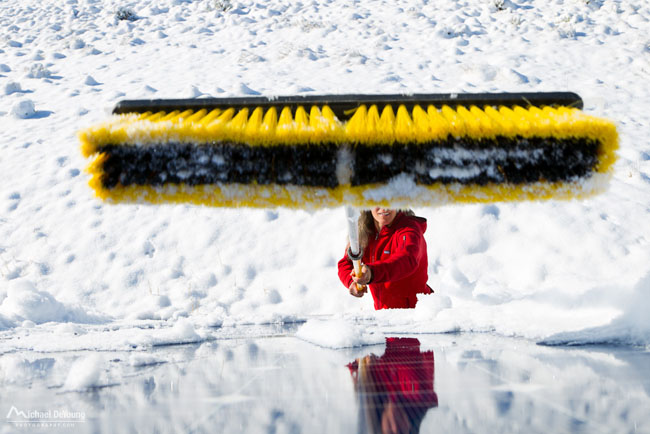 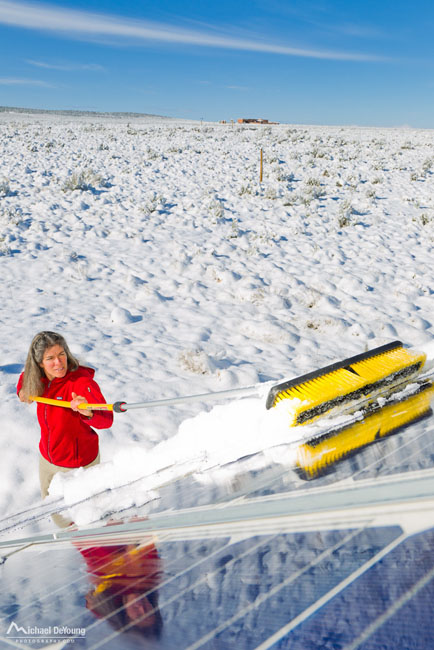 Our mountain bluebird parents are just fine and I’m glad that I had a chance to make some nice images from home. Now back to spring. 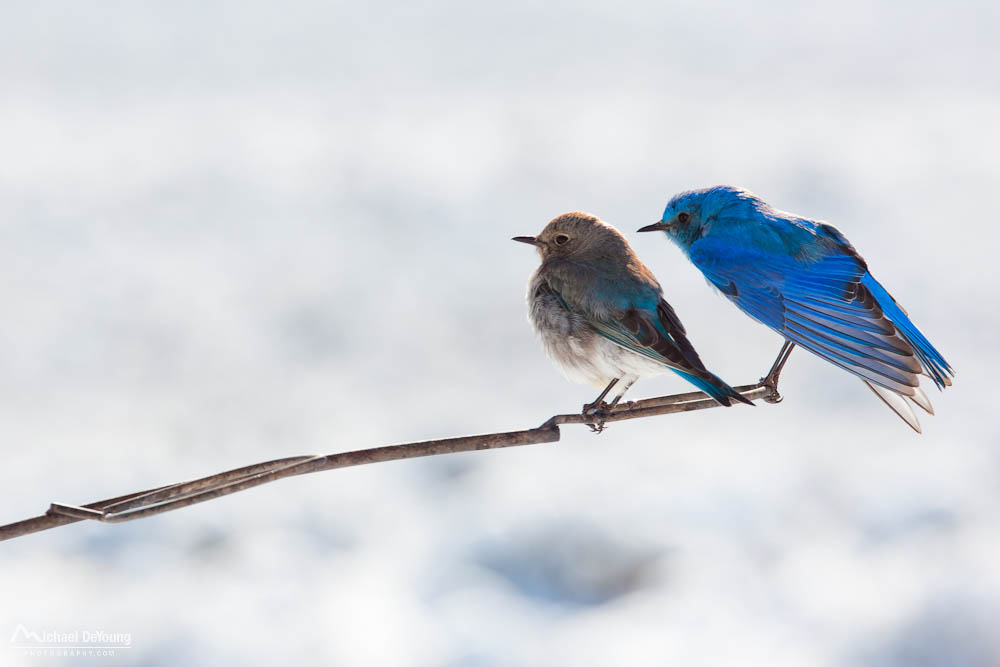