One Degree Of Separation – One Percent Better 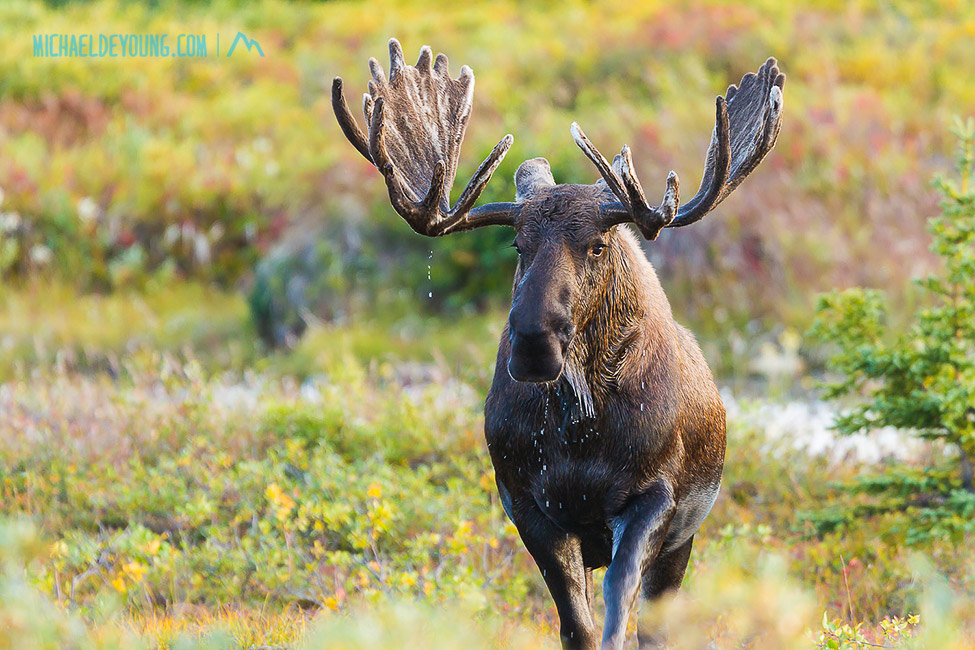 I’ll never forget listening to a lecture from the president of Tony Stone Worldwide in the early 1990’s saying that when a photo buyer has narrowed down their selection, the image that’s one percent better gets 100% of the sale. That has stuck with me for two decades now and has driven me to push myself to always make the best image I can. To do this, I’ve always prioritized creative technique. I’m less of a “rule” guy and more of a “technique” guy. We use technique to add visual impact and pizzazz to our images. Rules, such as the compositional rule of thirds, are important and have their place, which in my eyes is mainly to satisfy formatting needs for commercial use. Technique helps us attain impact and brings the image closer to the impact we saw in real life. Separation of your subject from the background is critical to a successful image.

Remember, life is in 3D and photography is in 2D. When we are photographing we see a 3-dimensional separation between our subject and the background. However, when we view the image on the screen, we lose that real life separation and instead we might see a bunch of chaotic and busy lines running together. There are several techniques to create separation of subjects and backgrounds creating depth in our images. This blog just addresses one technique of simply moving around and paying attention to intersecting lines until you get your image to where it needs to be.

In my workshops and private consults, I still see shooters focusing too much on exposure bracketing. I say forget exposure bracketing. Dial your exposure in and focus on other stuff like composition, point of view, different apertures, and even lens focal length if the situation allows. Doing these things will help you find a more impactful separation of subject from the background. Great separation leads to simplifying and simplifying strengthens the core message of the image and that’s what it’s all about.

This is where one of the powers of digital photography and its instant feedback are very helpful in determining when you got the shot. Here are a couple examples of how I used my LCD and bracketed my compositions to get the image to where it needed to be, creating a good separation of subject and background. 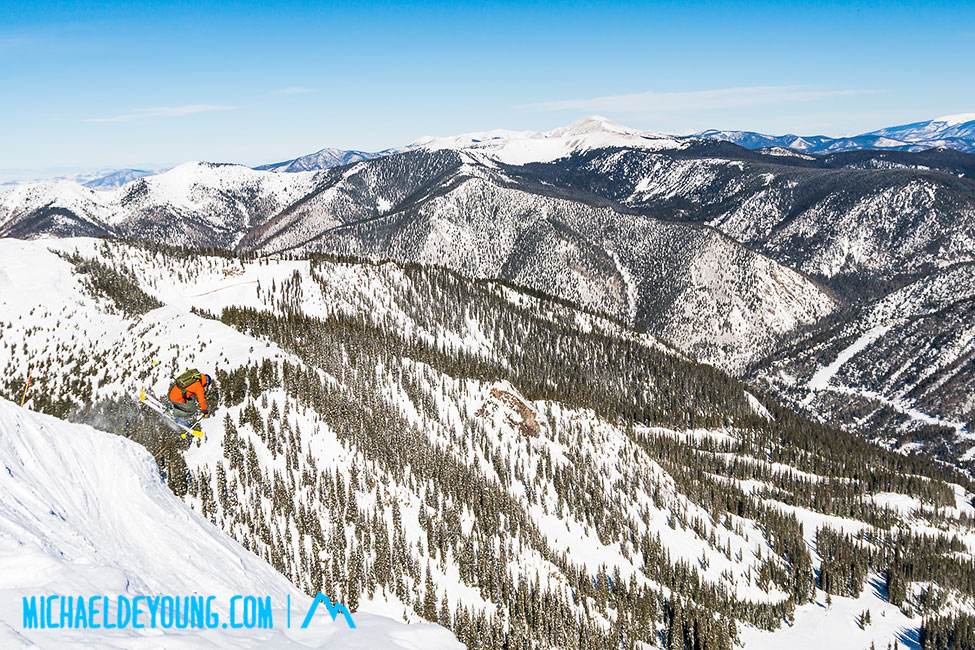 This was my first attempt shooting Jackson making this jump off Kachina Peak at Taos Ski Valley, New Mexico. The ridge off his left shoulder is a long way away in 3D, but in the image his green pack blends into the patterns of trees and snow on the distant ridge yielding a murky separation of my main subject. Fortunately, I saw this in the LCD after evaluating the shot. I knew what I had to do to make it better.

The ski shots are from a routine stock shoot with hired talent doing a mix of stunts and ski lifestyle scenes. When I first saw this jump, knowing what my talent was capable of, we set up a shot. On the image from the first take, there is clearly a separation in real life between the skiers left side and the distant hillside. When I reviewed the image on location I saw that his orange jacket stands out and the separation is OK but I knew I could do better. I wanted him above all the terrain and have his orange jacket pitched against the high altitude Southwest blue sky. Usually, a lower point of view solves the separation problem, so I skied downhill and got closer and lower. It worked. I verified on the LCD that I got the shot and it was sharp so we could move on to other shots. Mission accomplished. 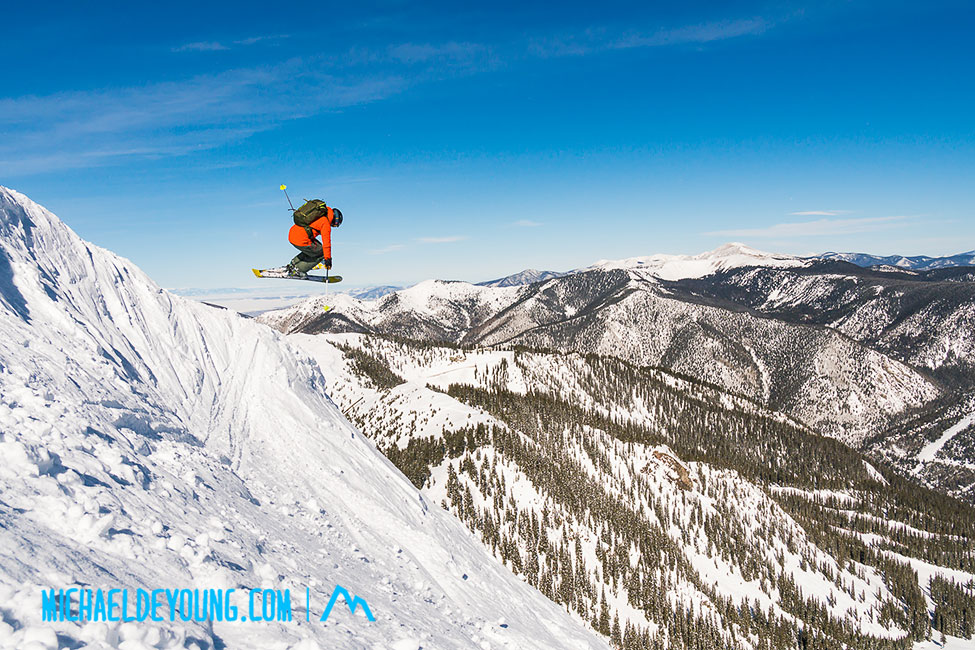 On my second attempt, I simply skied downhill a little and planted my butt on the snow. I knew I wanted Jackson and his colorful orange parka and green pack to clearly stand out against the blue sky. Fortunately, I got the shot on the next take, verifying sharpness and exposure on the LCD. Time to move on to other ideas. You never see everything you need to on location no matter how hard you try. In retrospect, I should have gone to the other side of the jump, got low and shot him into the backlight. It would have been a totally different image. I think I passed because that would have put the lift in the background – something I didn’t want. 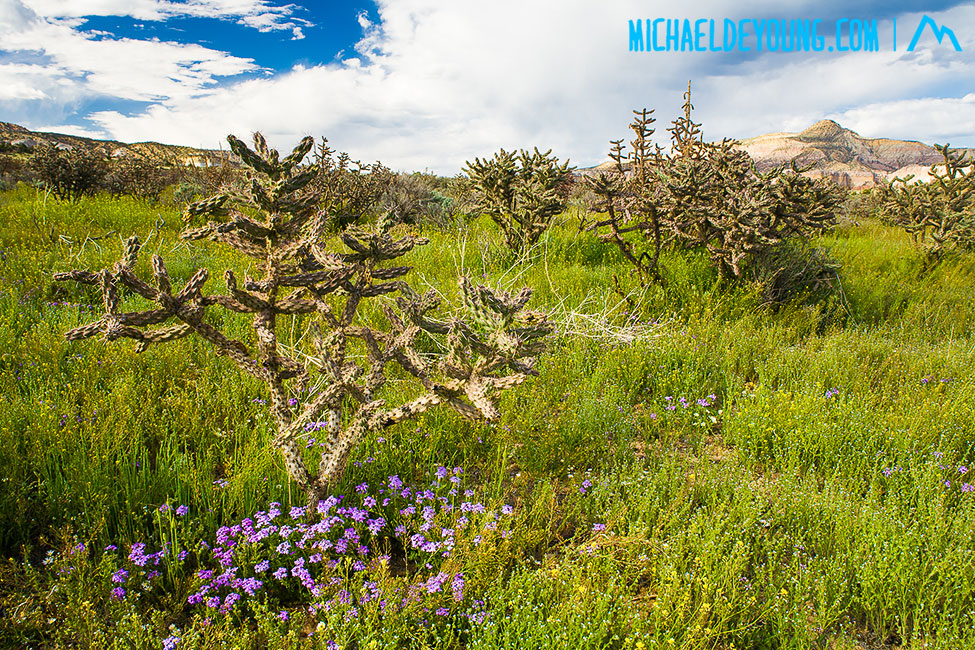 This image of spring bloom and cholla cacti near Abiqui, New Mexico along the Rio Chama lacks a center of interest. Even though I could clearly see separation between the cacti and the background cliffs, the image comes back with a bunch of busy and confusing intersecting lines. Perpendicular lines, as seen in the upper right between the cacti and the distant hills, is visually distracting to me.

On the desert landscape images I was intrigued by the cholla cacti in spring. On the first shot, you can see there is no separation between the cholla and the background. I changed my point of view by getting down low and pitching the cholla against the sky, thus achieving more separation. Though it’s a stronger shot, I lost the background in the process. Toward sunset I tried again but this time, to get separation I chose a higher point of view but carefully searched for a cactus that I could completely, or near completely, surround by colorful lower weeds and still show a sense of place with the distant sandstone cliffs. Mission accomplished simply by taking the time to work the composition. 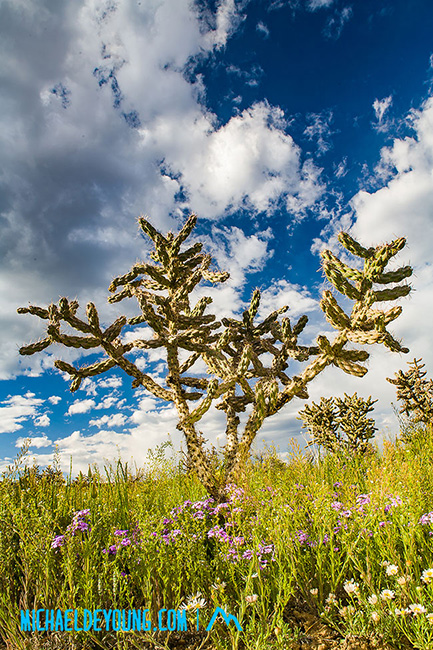 To create separation and emphasize the cholla I chose a lower point of view and moved around so the foreground cactus didn’t intersect with the other cacti in the right middle ground or blend in with similar tones and textures. In the process, I lost the background cliffs and a “sense of place” but the image is stronger and you still get the idea of a desert bloom across. 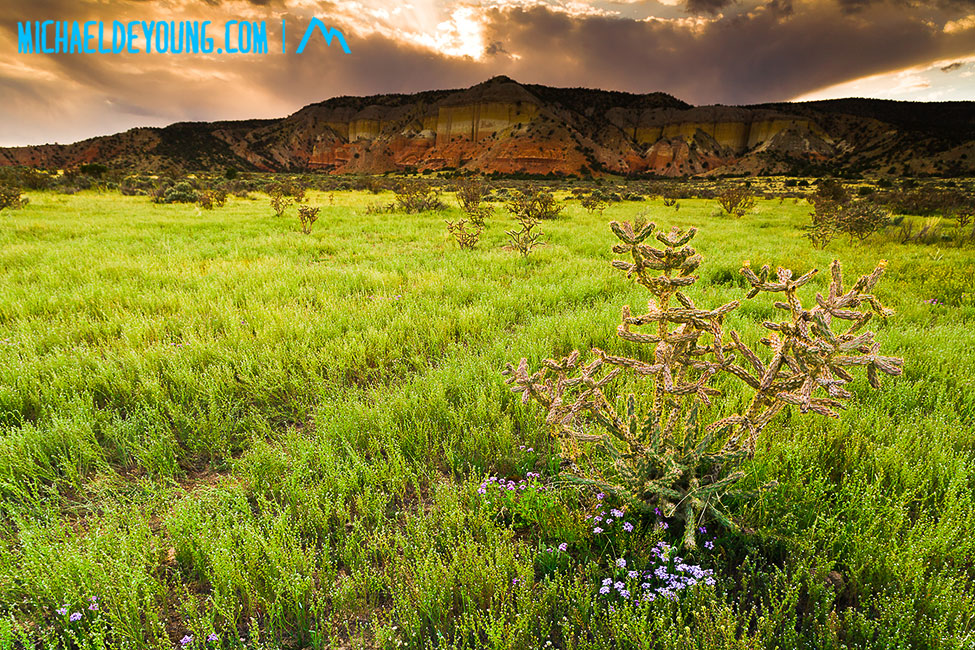 I continued my search, as the light improved toward sunset, bracketing my compositions until I came away with something I was happy with. This time I chose to separate my cholla by completely surrounding it with the sea of lower weeds and still showcased the sandstone cliffs that add to the sense of place I really wanted.

Next time you are chimping don’t just pay attention to “blinkies”. Look critically at your composition and design and whether you’ve achieved clear separation of your subject from a complementary background.