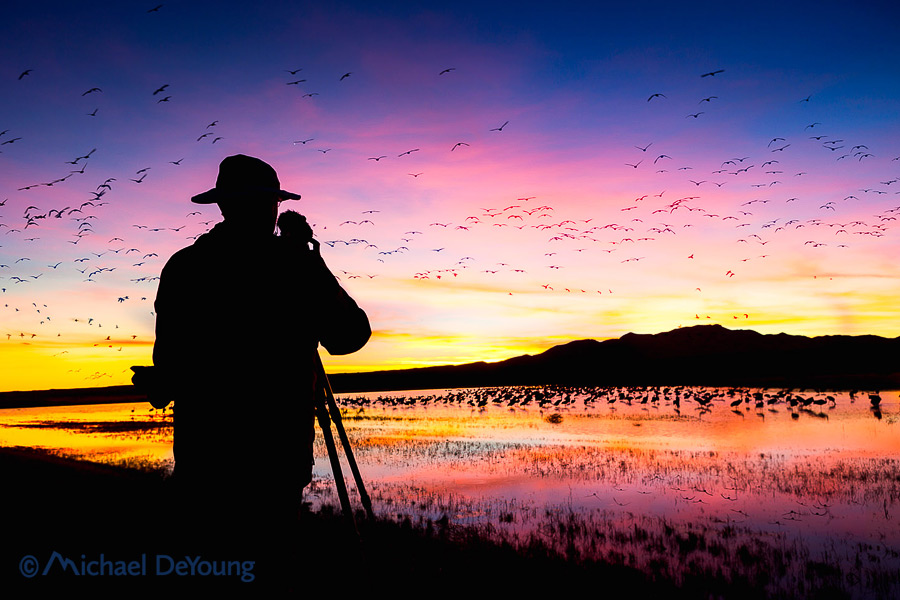 I can’t think of a better place to practice action photography on birds than the Bosque del Apache NWR during the winter season.  When we were there on Dec. 17 and 18, the snow geese count was 51K and the cranes were only 4400 – a little thin based on past experience in mid December.   If you go to shoot commercially (i.e. make stock sales of cranes, geese, and other waterfowl) it is pretty much low hanging fruit as supply of crane and geese images is astronomically greater than demand.  However, if you go there for fun (which I do now) it is just a blast to hang with the wintering birds and shoot like there is no tomorrow.

To get great shots here you need to learn the daily patterns of the birds, shoot at sunrise and sunset, pay attention to your lighting and background, and employ a solid action photography technique.   Just like salmon fishing on the Kenai Peninsula (fish with the crowds ’cause that’s where the fish are!), you can’t go wrong following around the crowds of tripods and big lenses–if you can see them.   (And now to poke a little fun at my fellow photos.)   Apparently many shooters also believe that you need to have your lenses, tripod legs and body wrapped in camoflauge to get good shots here.  Fortunately I didn’t notice the birds flying any closer to decked out in camo dude with mondo lens than they did to Lauri and me.  Well, regardless of the gear or garb, in the 20 years I’ve been going there, virtually all of the shooters are cooperative and respectful of other photographers.  I wouldn’t call the photo experience here “combat” photography but more of a festive “social” photography scene. 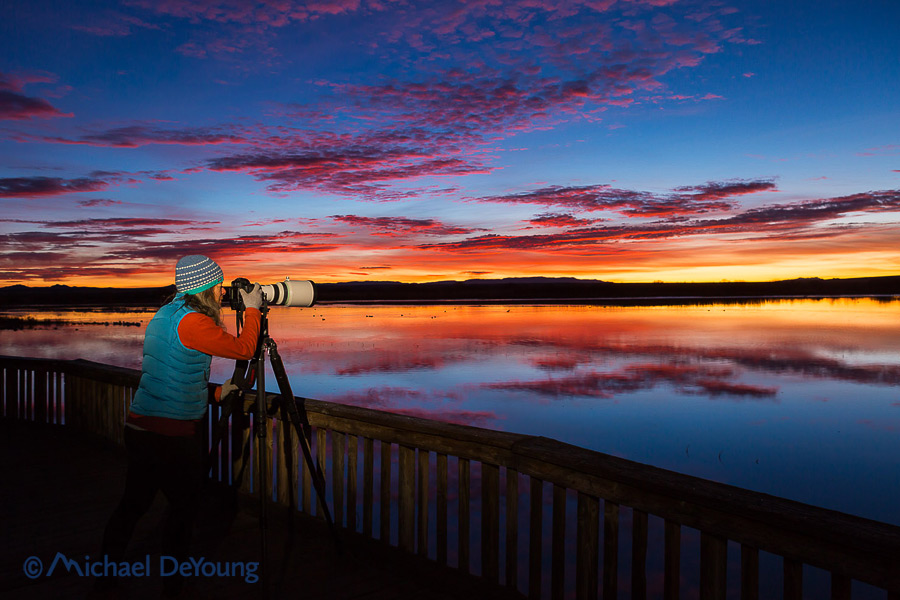 Most of my shots are with a Canon 1D Mark IV and a 400/F4 lens, sometimes with a 1.4X version 3, but mostly without.  For mass fly-offs, people shots and most video clips, I used the 5D Mark III with 24-70/f2.8.  We shot for two days – mostly 2 sunrise and 2 sunset sessions.   Shooting flying birds results in a high failure rate (at least for me it does) especially when trying to keep a focus sensor on a fast flying crane’s head and when you are shooting at 1/125 or 1/250 second to get some wing motion blur while maintaining a sharp head.  I could easily shoot everything at 1/1000 second but why play it safe?  Go for something more artistic!  And as usual, I seem to be the only photographer there that makes any serious attempt to include the human element while photographing the birds. 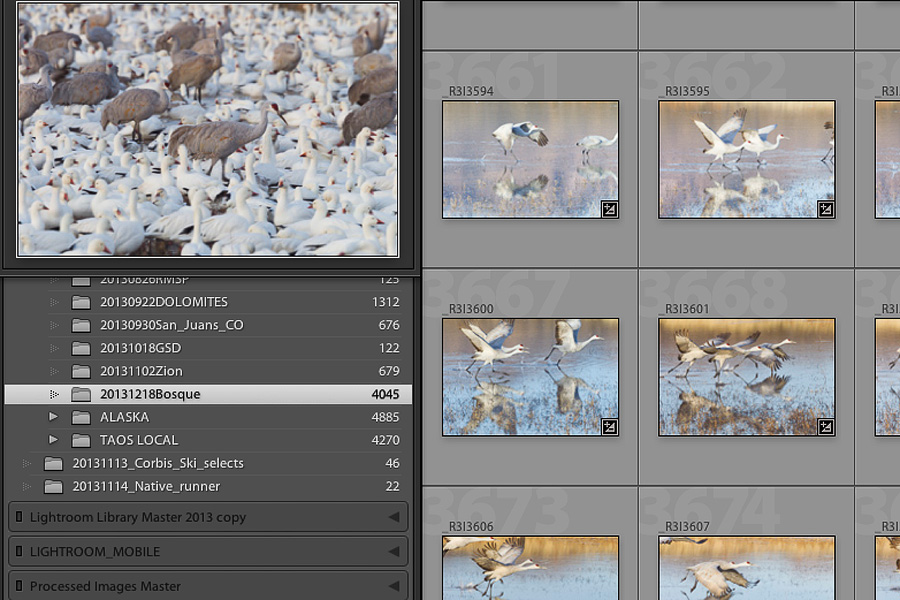 Screenshot of Lightroom showing total import from a 2 day shoot

Back to the editing.  From those shoots I imported 4,045 images.  That included 102 motion clips so the still count was 3,943.   I do practice what I preach when I say I eliminate up to 90% without batting an eye.  My initial edit, which took about 2 hours after all were imported, reduced it down to 561 stills.  I have not edited the motion clips yet.   My normal workflow is to walk away from a shoot for a few days so the “newness” wears off and I can do a more objective second edit.  Due to time constraints, I didn’t have a few days.  So, the next day I sat down again for about an hour and the second edit put the still image count at 266.  After 2 relatively quick edits I am down to 6.7% of what I shot. 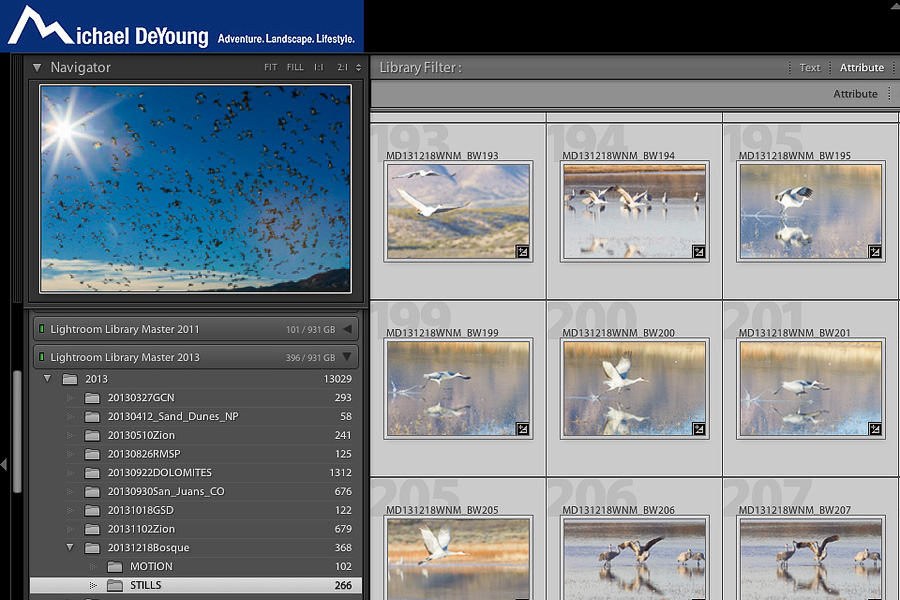 Here are a few shots from the shoot. 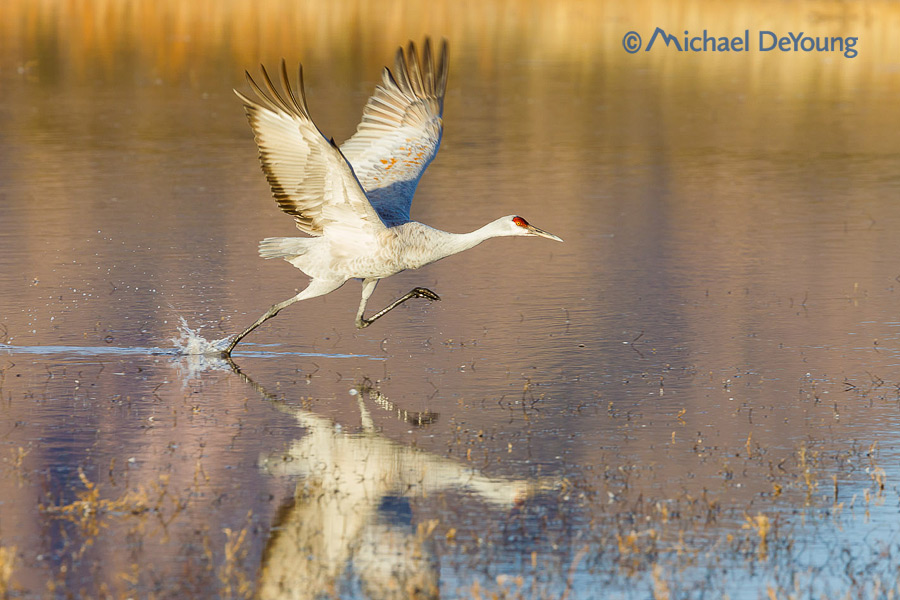 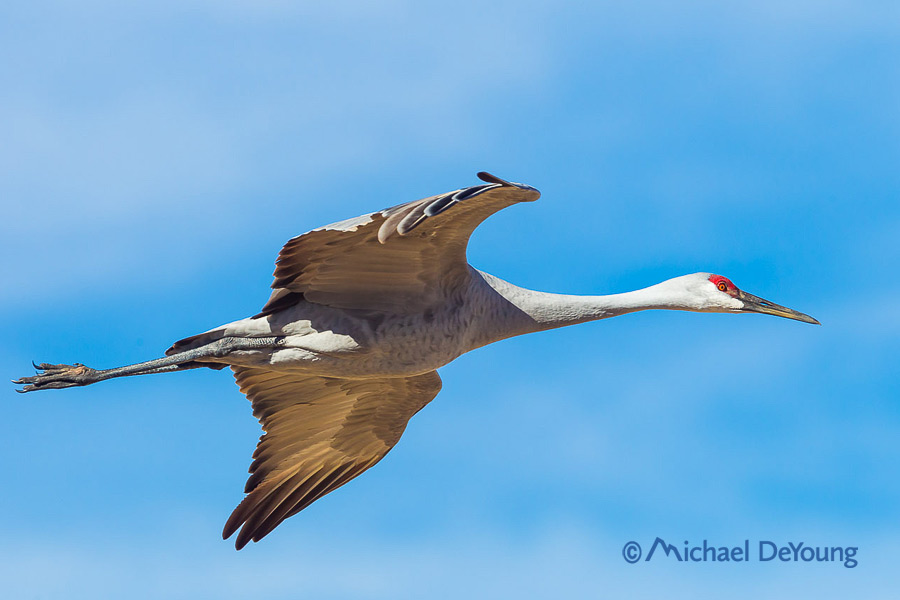 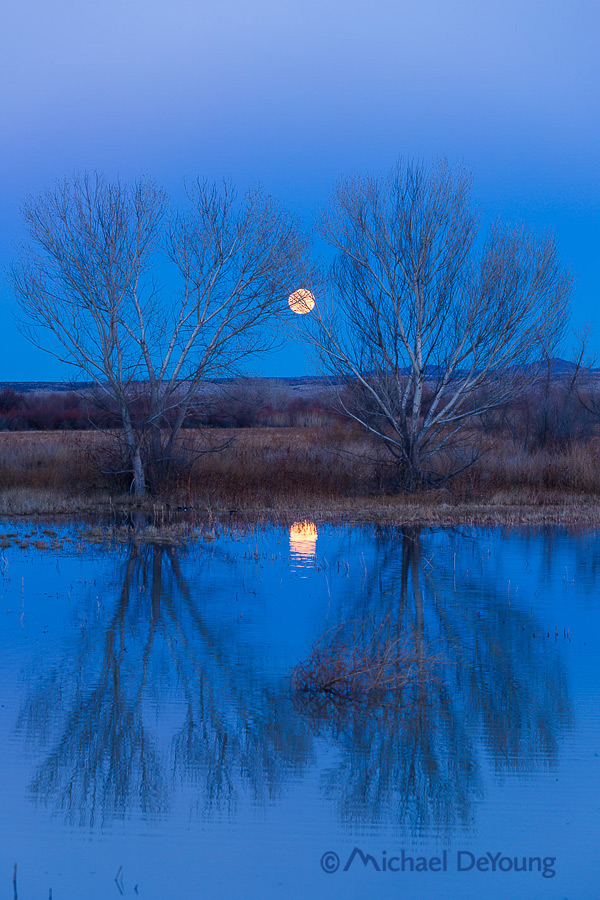