Canon Finally Offers New Speedlite But Few Are Talking About It

There’s been a lot of buzz on web groups about the new 5DMarkIII but almost nothing about a new speedlite – the 600EX-RT. I am far more jazzed about a new and more capable flash than another camera body. Why? Having a few more megapixels and frames per second will not improve your photography. But, an investment in more lighting capability, if used effectively, definitely will. 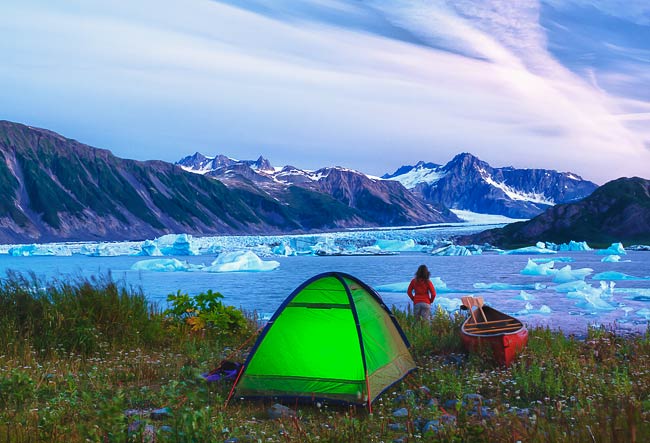 Lauri at camp in Kenai Fjords National Park, Alaska. This 3 day trip involved a boat taxi to a remote beach, then lining our canoe up a river that drains the lake we are camped on to the ocean. All my camera gear including 3 flashes with RadioPoppers had to be packed in waterproof cases and carried in the canoe with the rest of our camping gear.

This new speedlite, though shockingly expensive, could really expand your lighting options. It’s true that for $630 (and you need at least 2 to have a working system) you could get an Alien Bees mono light and a Vagabond battery (which I have) that would throw out a lot more light. So you get more watts per dollar. But try carrying 2 AB’s with Vagabond and stands 3 miles up a trail. If you are an outdoor shooter like me who frequently carries their gear on their back or has to stuff their camera gear among a pile of other gear on a 2 week raft trip then size, portability and performance are worth paying for.

Currently I use 580EX II’s with RadioPoppers and the system has performed well in many situations. I’ve been frustrated at only having 105mm zoom capability and having to set up Radio Poppers with brackets (which break easily) on each flash with the transmitter flimsily attached to the master flash or ST-E2 with velcro. I also have to carry an additional set of batteries for the Radio Poppers.

For me, the 200mm zoom capability and built in radio wave wireless system alone is worth the investment.

You can read more about the 600EX-RT on the Canon site.

The Canon speedlite guru who’s really been testing the 600EX is Syl Arena. On his Syl Arena’s “First Impressions of the Canon 600EX” blog (unfortunately the link is no longer available), you get the full scoop and a lot more information about the new speedlite than you’ll get on the Canon site. 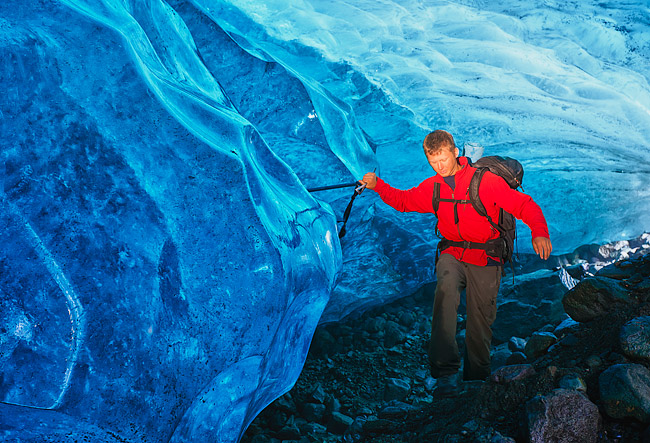 Hiking in an ice cave under the Root Glacier, Wrangell-St. Elias National Park, Alaska. The approach to the underside of the glacier was steep with loose footing. We had to pack camera gear including 2 speedlites with RadioPoppers in our daypacks.